When you think of a self-portrait, more often than not you’ll picture a face. But how can we tell our stories and express our identities without physiognomy? The objects that occupy our lives can have meanings—either inherent or assigned—that, when layered, can be used to convey our own personal narratives. I investigate this narrative architecture through object translations, illustration, and an adaptation of a cultural game to paint various self-portraits of myself.
The project began as an exercise in object collection in which a series of personal, given, and found objects were documented and formally analyzed for their sensory and physical properties. The objects were then examined through a matrix for their cultural, personal, and functional contexts in both the past and the present. This method brought forth, for me, the personal and cultural narratives that were embedded in the physical everyday objects of my life that I could then use to construct a multi-layered narrative, essentially telling my story through mundane objects.
Objects of personal character and affirmation of identity is the focus of the narrative. It takes the form of 16 tablas—used in Lotería, a game of chance ubiquitous in Mexican and Mexican-American communities—containing 16 objects each, with winning combinations marked with pinto beans, corresponding with traditional game play. The objects—32 in total—are presented as illustrated pictograms, drawn in ink by hand and colorized in Photoshop. 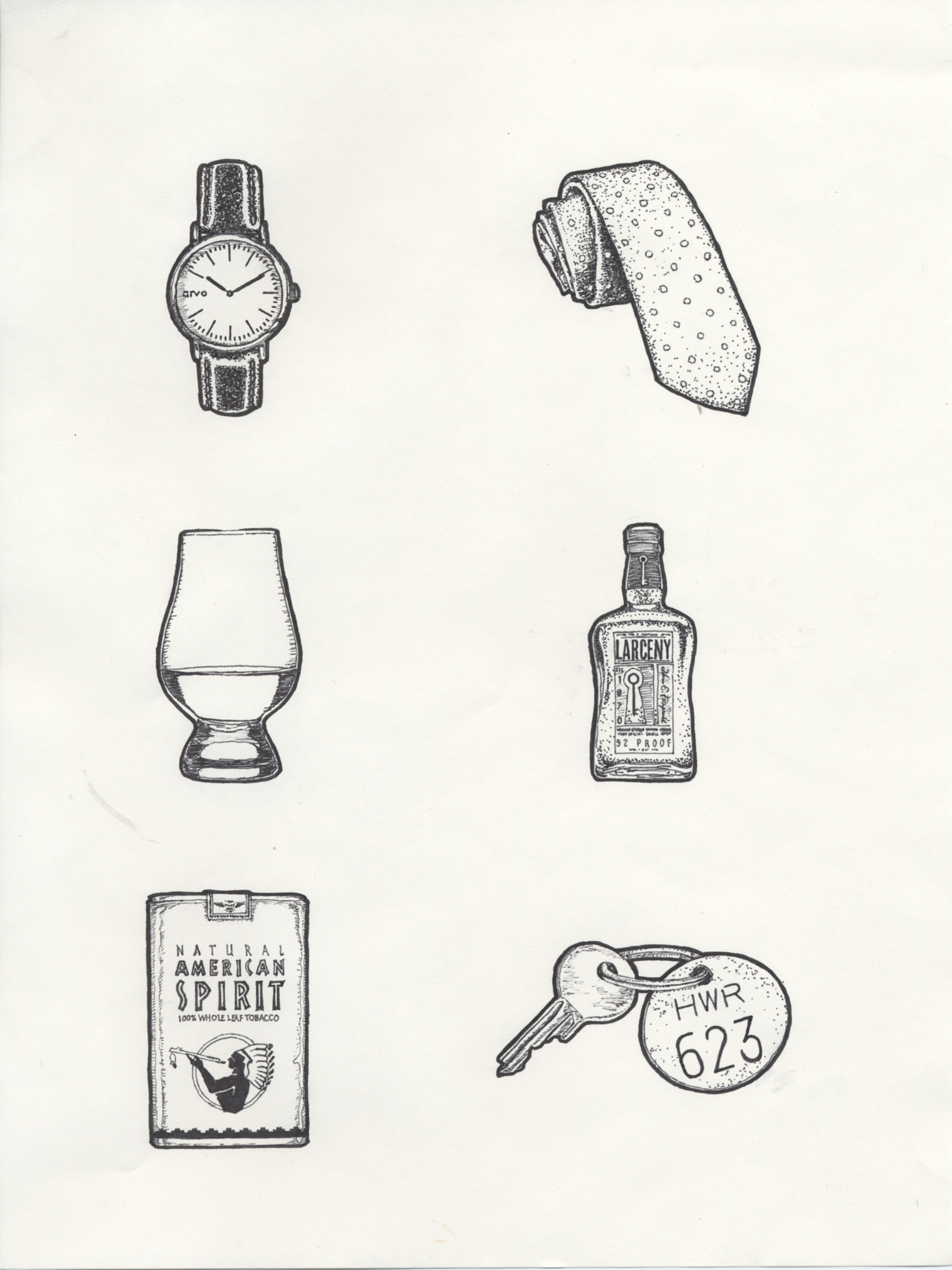 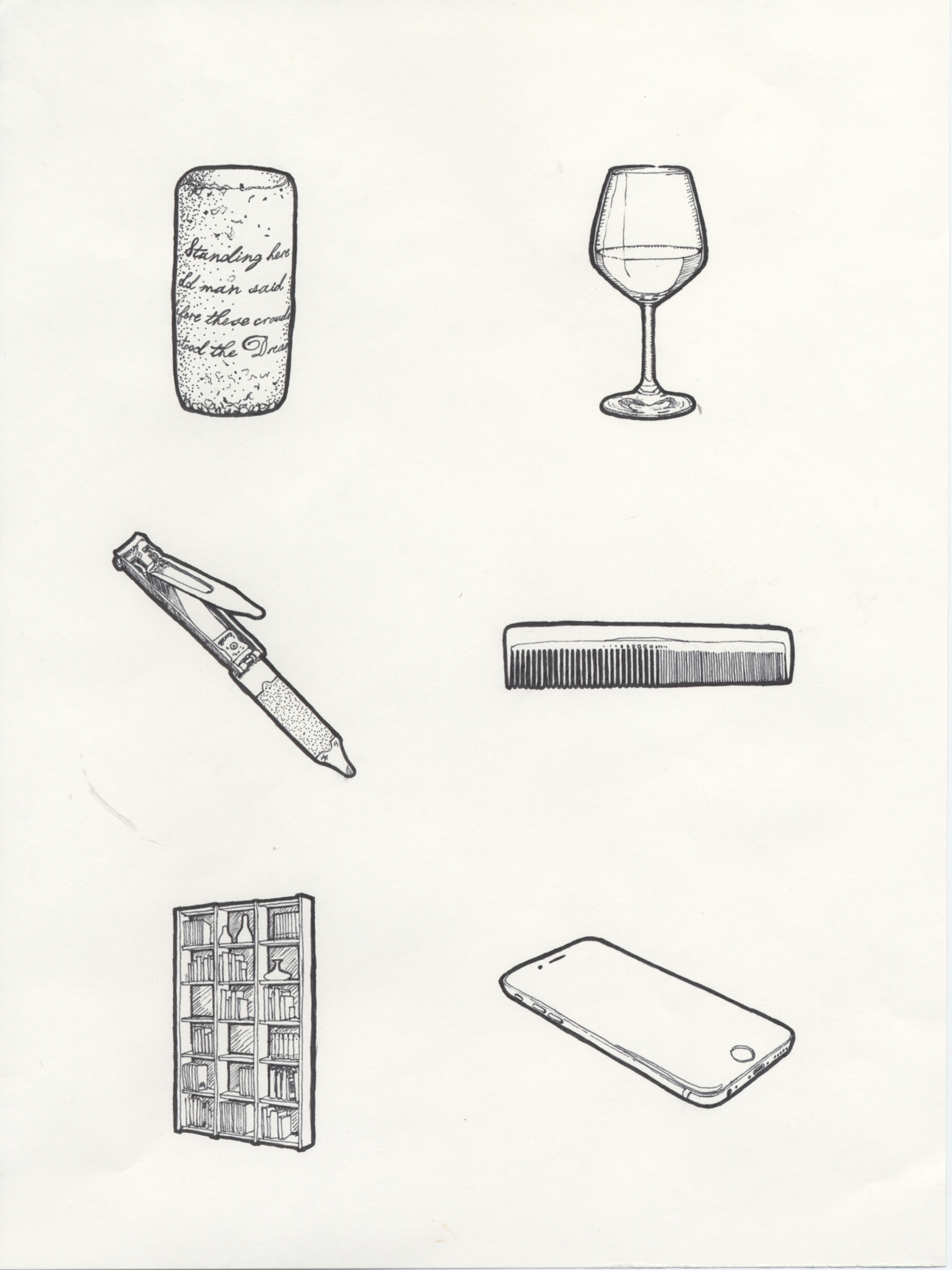 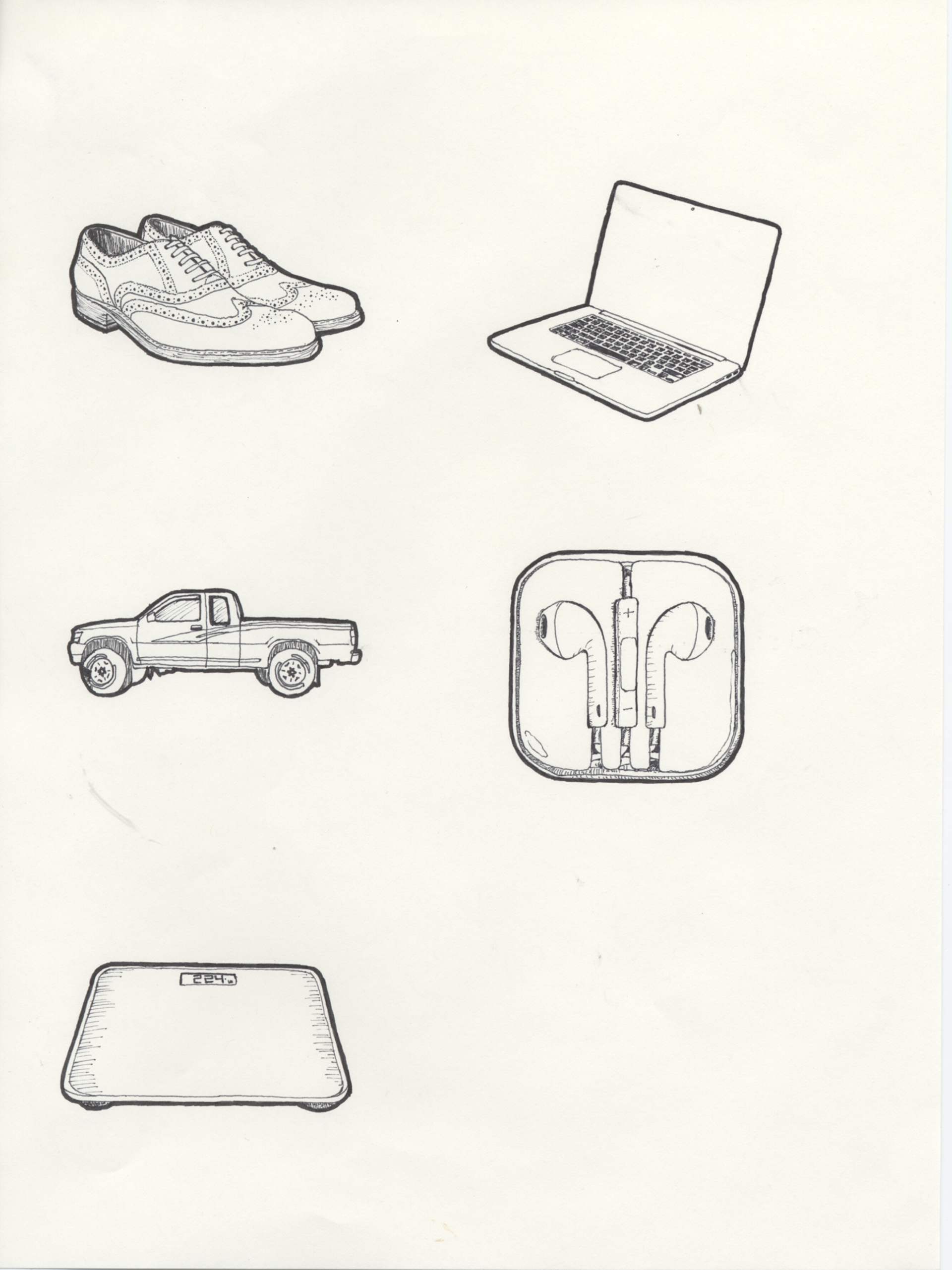 The objective of this presentation is to tell the story of the particular objects of personal identity that have constituted a “win” for me personally, successful at conveying my personal character and achieving a status of social and cultural acceptance. The objects that are not marked are indicative of failure—groups of objects that contribute to either a misrepresentation of personal identity or of an identity that is not socially or culturally acceptable. Through presenting portraits of myself via combinations of objects and indicating triumph and failure, I entertain the idea that life is a game of chance and the groupings of objects that speak to our personal, social, and cultural identities are wagers we place.
The sixteen self-portraits are organized into four main categorical rounds: la moda, el trabajo, el placer, and la casa—which translate to fashion, work, pleasure, and house, respectively. Each category is situational and indicative of a particular round of gameplay. A set of “winning cards” is determined as having been called in each rounds, for which there is one winning tabla and three losing tablas.

The winning tabla in each category follows the rules of the original game in that no two objects on the board are alike and the four marked objects correspond with the winning cards for that round. The losing tablas break the logic of the game and take on a new narrative architecture. Here, objects appear in multiples and contextualize in ways that reveal particular facets of my character. A multiplicity of objects indicates excess, whereas the distinctiveness of the objects on the winning tablas is indicative of balance or moderation. Using this language, the narrative at the top of the hierarchy in the series states that when the cards are balanced, I win; when certain cards are presented in excess, I lose. Balance in my life is the goal while an excess of particular things in my life is often the reality.

This project was completed under the instruction of Veronica Corzo-Duchardt and Geoffrey Alan Rhodes at the School of the Art Institute of Chicago for a graduate seminar studio course titled “Narrative Architectures.”
The typeface Campton Bold by Rene Bieder and the Aleo typeface family by Alessio Laiso were purchased by Pacheco and are licensed for personal use.
Special thanks to Memo Bayona & Karla Guerra.
All images and illustrations owned by Andrew Pacheco.
↑Back to Top