In collaboration with MILES VALENTINE
The built environment consists of the spaces made by us and for us as human beings, including not only the interior spaces that shield us from the elements and provide us with volumes for play and productivity, but the interstitial spaces between these interiors that facilitate human activity. Urbanism, as the study and design of urban aggregates of buildings, explores the interface between culture and architecture at the scale of the city. As the final undergraduate studio course completed abroad, the Paris Studio was an exercise in placemaking within an urban European context.
Paris is a historical palimpsest operating in many layers, from the Roman grid with diagonal axes, to the early Gothic development of the city, to the Haussmann redevelopment with wide boulevards and mansard roofs we know and recognize as quintessential Parisian architecture today. It was important to understand and engage in the cultural forces—social, political, economic, aesthetic, and spiritual—that shape changes in the conditions of the urban environment. 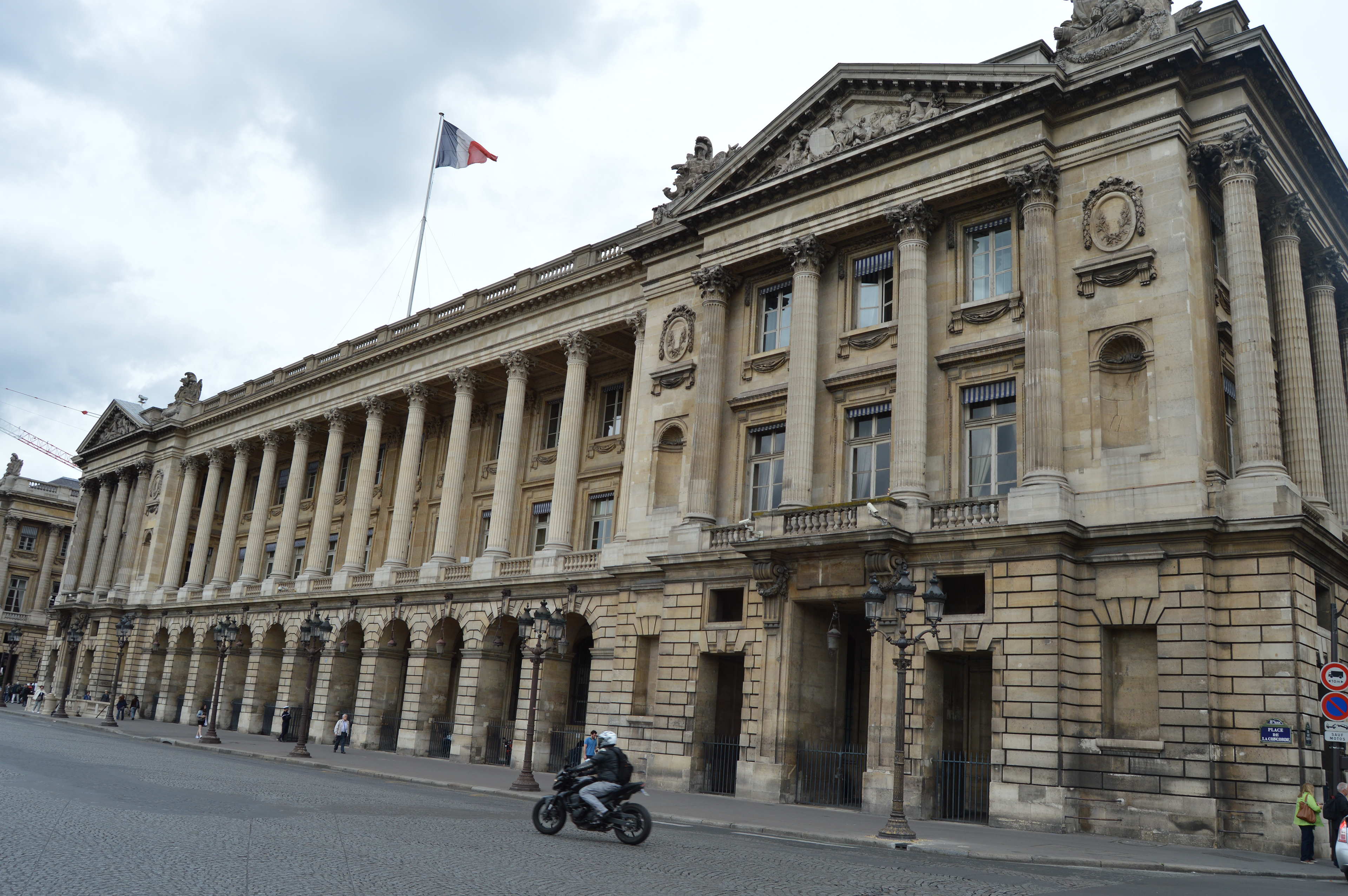 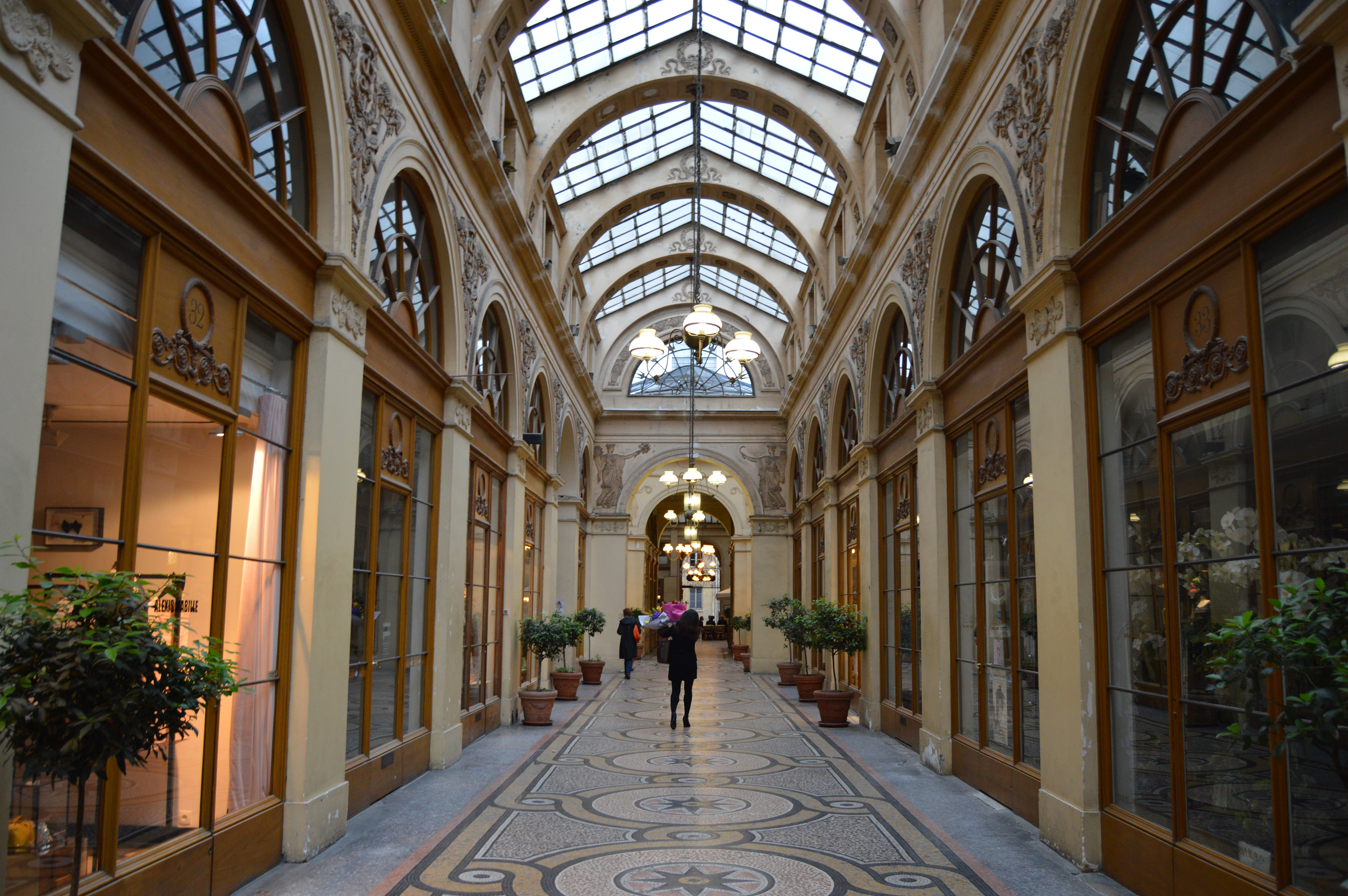 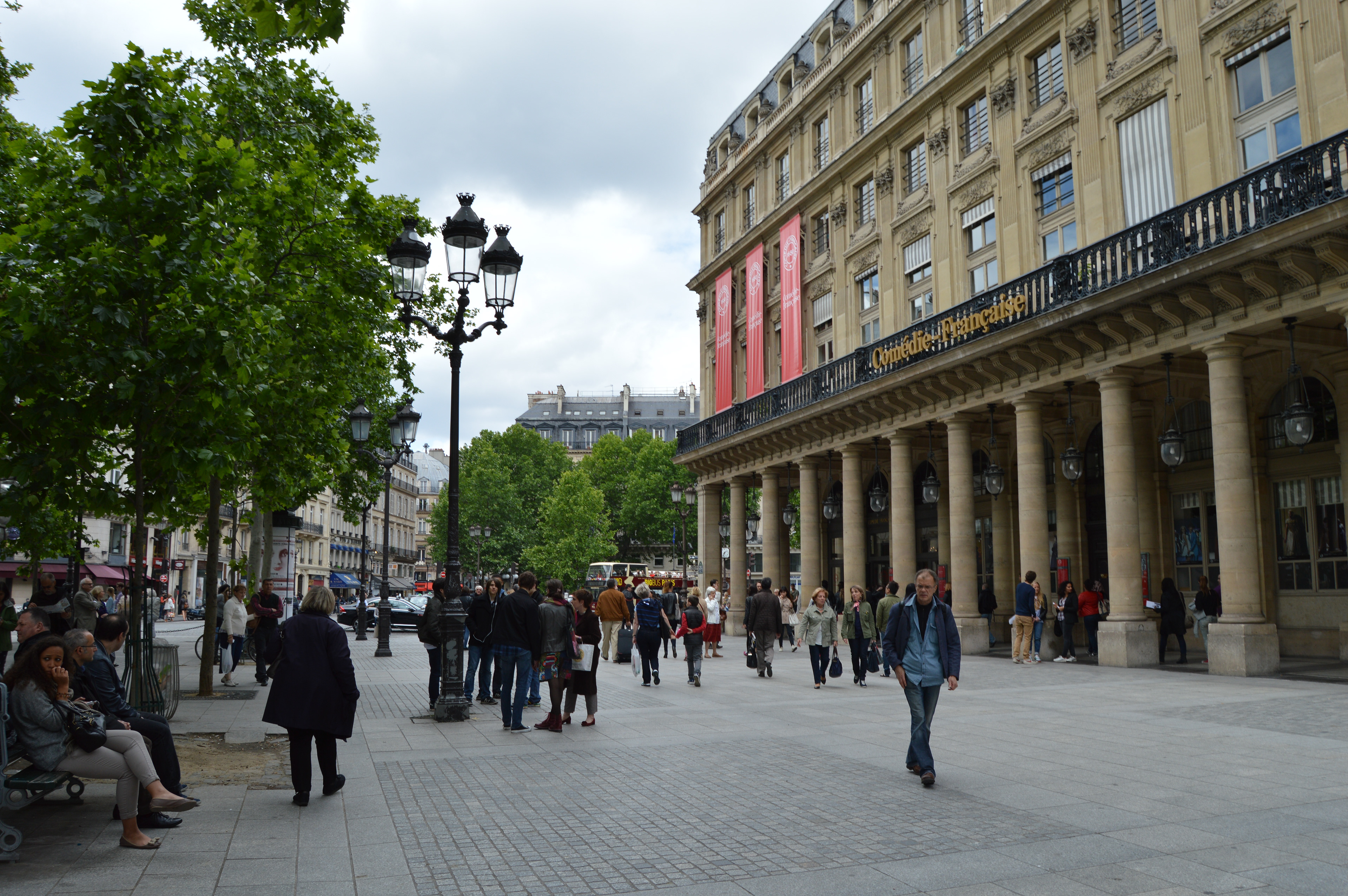 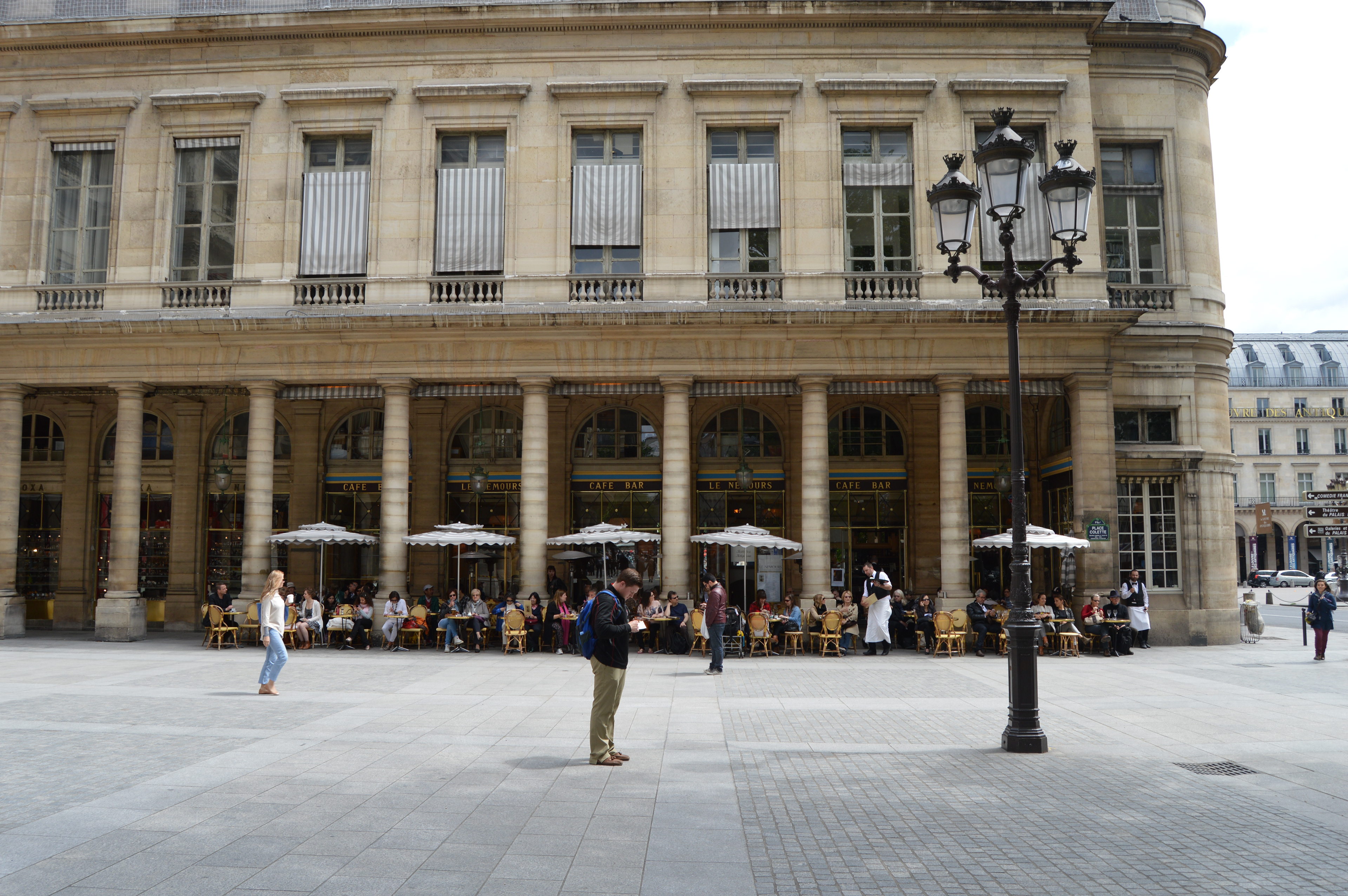 We speculated to reconstruct and transform a Place (the French term for a public square), emphasizing important programmatic moments that enhanced Paris’s reputation as a world center of fashion and marked the Quartier du Caire, also known as Sentier, in the 2ème arrondissement as a center for the study of and advancement of both traditional and experimental textiles. The focus of the studio was on the Passage du Caire, an early 19th century covered arcade that acts as a central node in the Parisian fashion and textile industries that was named for the Egyptian-style columns that flank its main entrance. 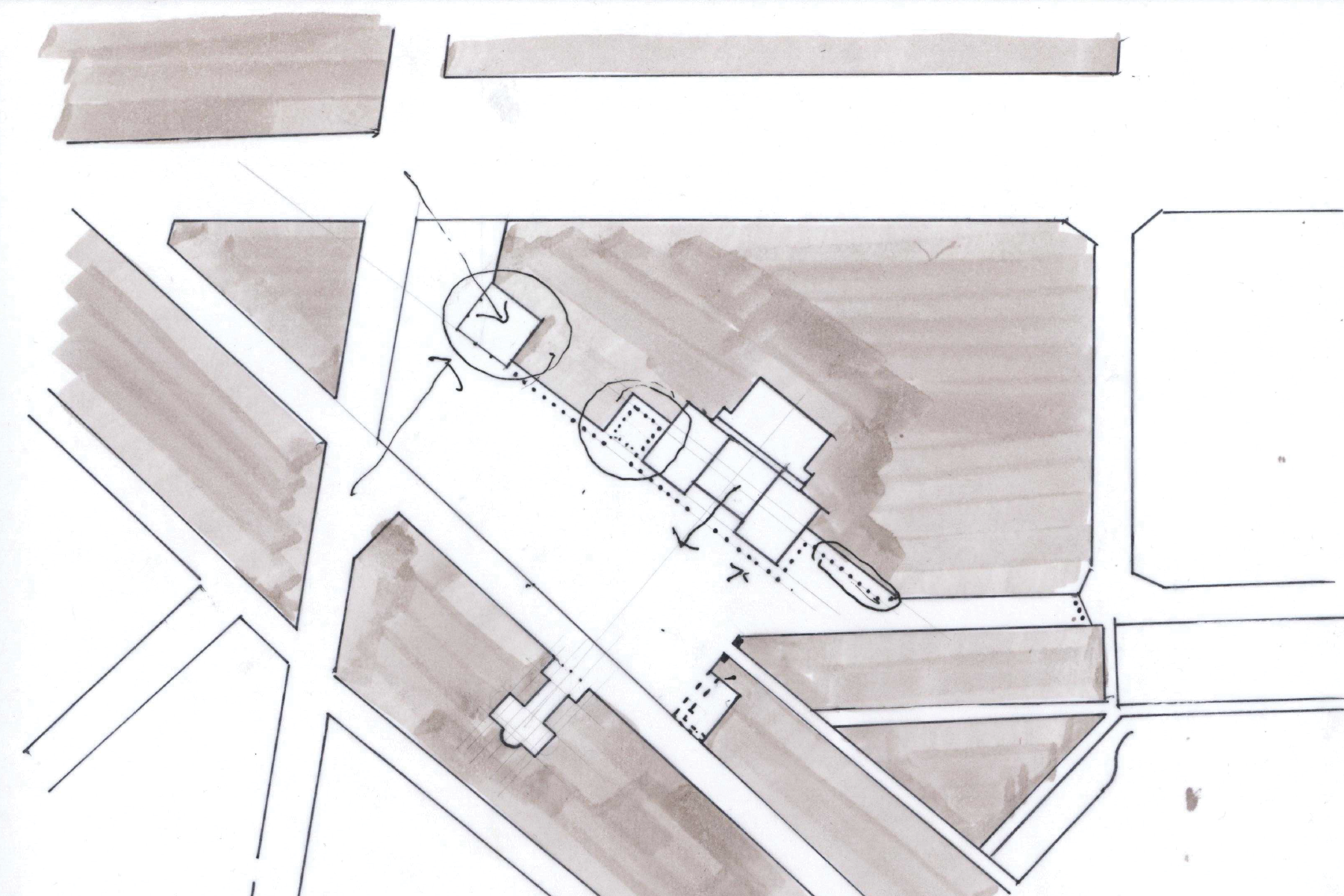 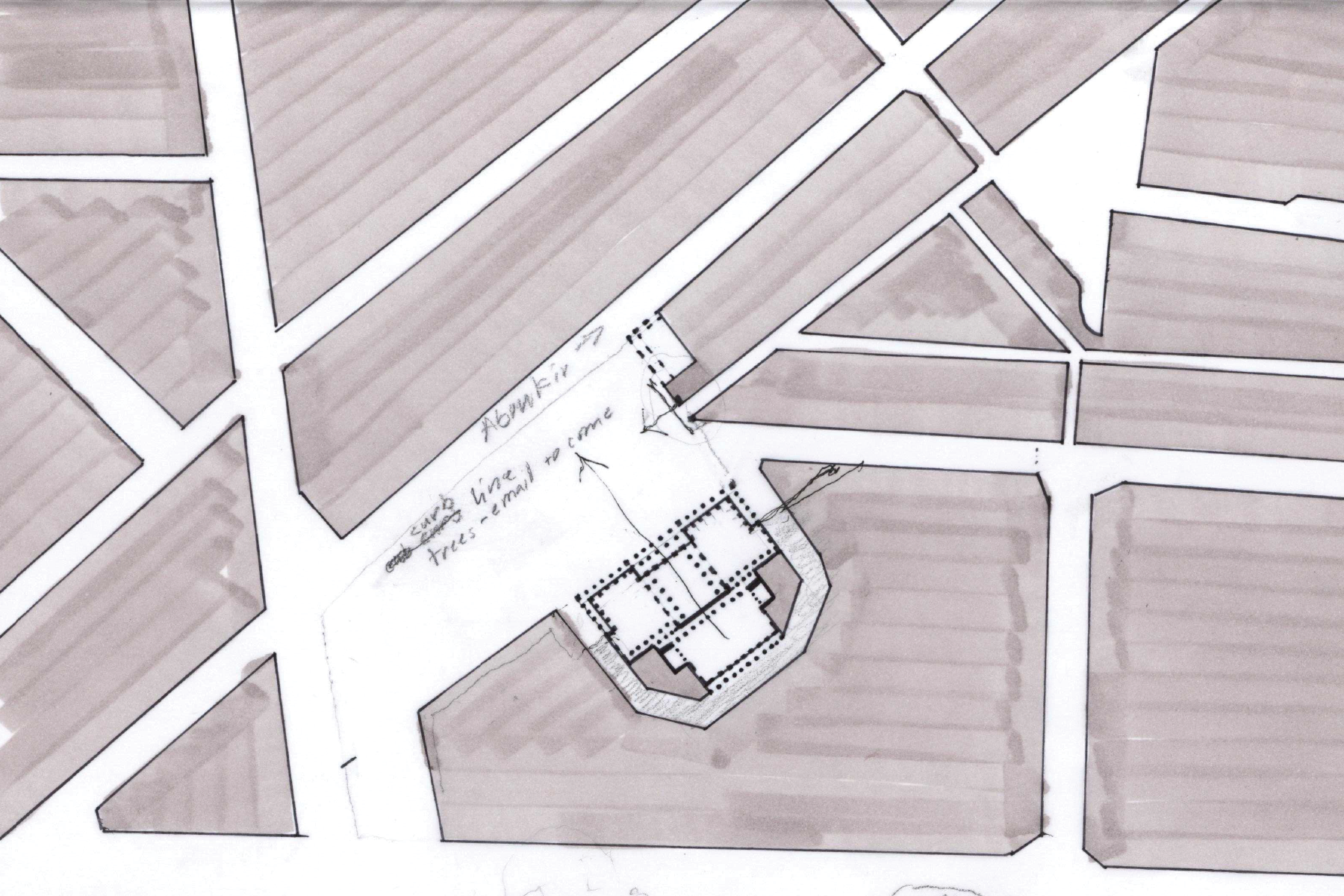 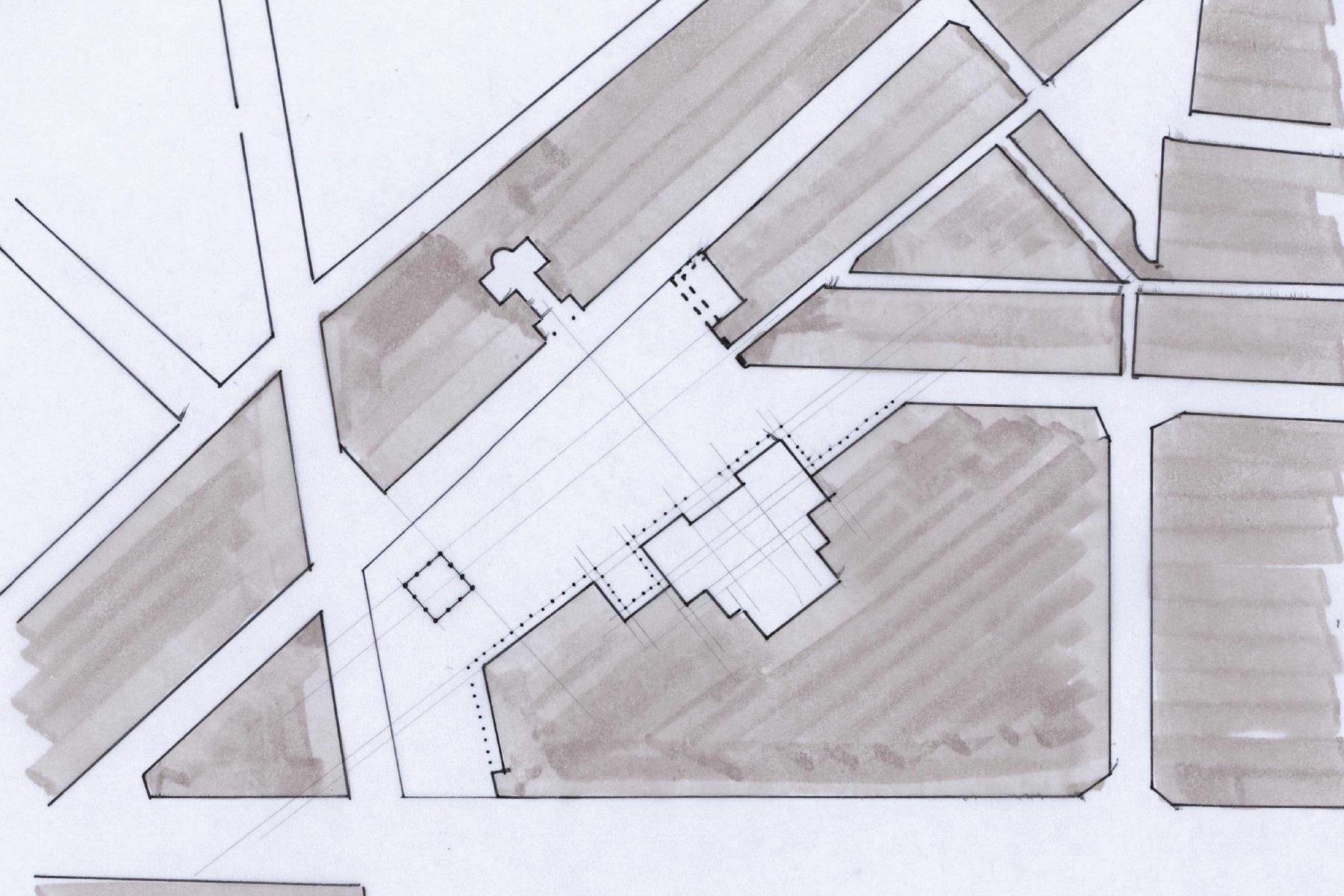 As part of the studio requirements, the main programmatic components of the Place du Caire consisted of a fashion design study center, a vitrine-style building, a liturgical space, a café, and public outdoor space. The IMC, or Institut de la Mode Contemporaire, was designed in classical architectural canon following the formal Roman orders, with Composite columns lining the entrance, Ionic columns lining the grand transition hall, and double Corinthian columns adorning the ballroom. The liturgical space takes inspiration from Gothic architecture, consisting of a singular nave, a small choir, and a transept-less crossing. The central point of the Place du Caire was La Vitrine, which acted as a gallery for showcasing work produced in the IMC that also housed a residential studio space for artists or designers.

The terminals of the major axis are marked by the entrance of the Passage du Caire and La Vitrine, while the minor axis is demarcated by the IMC and the row of cafés across the street, using trees and regular geometries to emphasize direction and provide destination. The intention of this programmatic organization was to highlight the two essential pillars of any discipline—theory and practice—with theory manifesting in the minor axis via academia and study, and practice taking form in the major axis understood through process and production. The space where they meet becomes the Place du Caire that celebrates both the doctrine and the application of fashion. 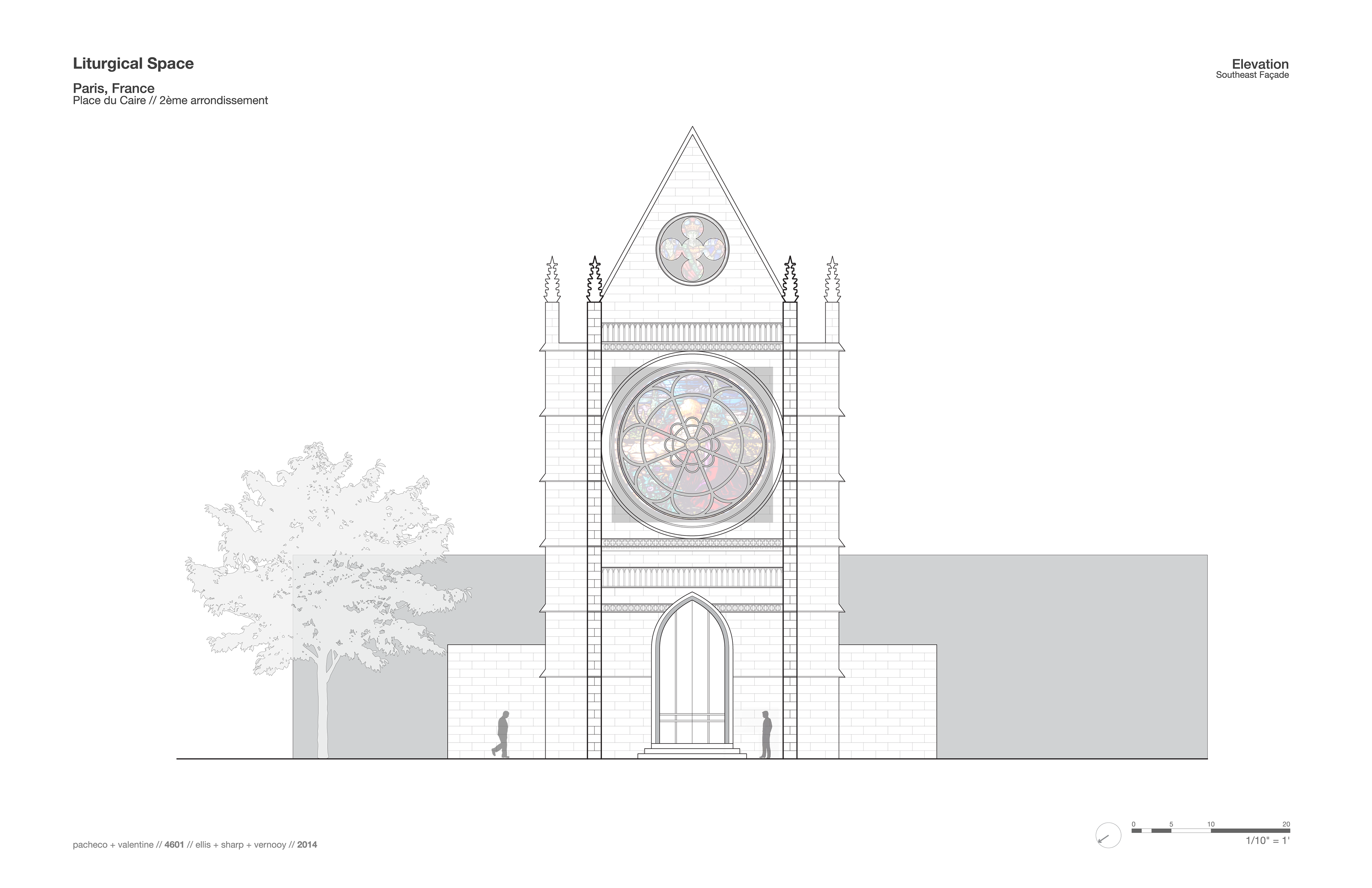 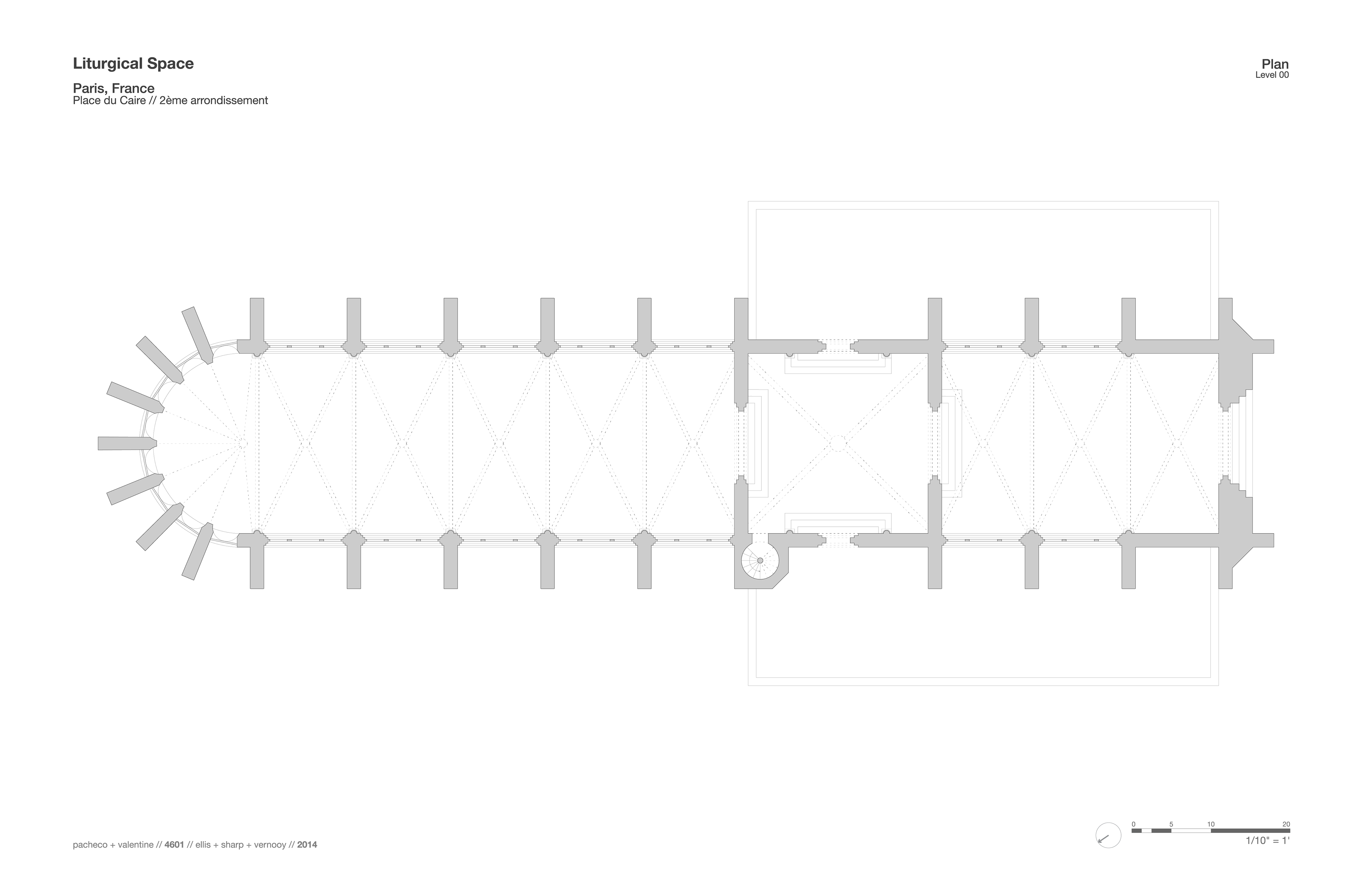